Rio de janeiro is a Brazilian city, capital of the namesake state, located in the southeast of the country. It is the largest international tourist destination in Brazil, Latin America and the entire Southern Hemisphere. The Rio de Janeiro state capital is best known Brazilian city abroad, functioning as a “mirror” or national “portrait”. It is the second largest metropolis in Brazil, the sixth largest in America and the third-fifth largest in the world. According to IBGE, its estimated population in July 1, 2018 was 6,688,927 inhabitants. It has the epithet of Wonderful City and the people that are born in it are called “cariocas”. Part of the city has been designated a World Heritage Site.

It is one of the main economic, cultural and financial centers of the country, being internationally known for several cultural and landscape icons, such as Sugar Loaf Mountain, Corcovado Hill with the statue of Christ the Redeemer, the beaches of Copacabana, Ipanema and Barra da Tijuca, among others; the stadiums of Maracanã and Nilton Santos; the bohemian neighborhood of Lapa and its arches; the Municipal Theater of Rio de Janeiro; the Tijuca and Pedra Branca forests; the Quinta da Boa Vista; the National Library; the Island of Paquetá; Copacabana New Year’s Eve; the carioca carnival; Bossa Nova and samba. 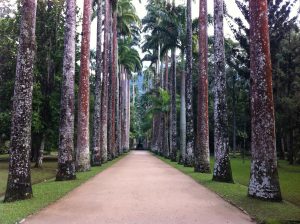 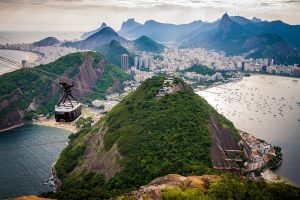 The climate in Rio de Janeiro is the tropical Atlantic, with local variations due to differences in altitude, vegetation and proximity to the ocean. Because it is a coastal city, the effect of salt spray is noticeable, translating into relatively low thermal amplitudes.